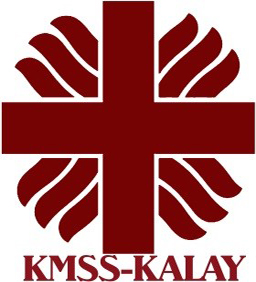 To serve our people, especially the poor, needy and marginalized by empowering them towards integral human development guided by the Gospel values and the social teachings of the Church.

Karuna Mission Social Solidarity (KMSS) is a member of Caritas Internationalis (CI). Karuna Mission Social Solidarity or Caritas-Myanmar, mandated by the Catholic Bishops’ Conference of Myanmar (CBCM), is a faith based organization, officially registered (Reg. No. 1/local/0044) as a non-profit Local NGO to provide services for the all-round development of the community through integral approach prioritizing to the poor and the needy, inspired by the Principle

KMSS Offices spread out across the country at sixteen locations (16 Diocesan KMSS-Offices) as of the of Catholic Social Teaching “Option for the poor”, as the social arms of Catholic Church in Myanmar.Church Administrative Structure in Myanmar with one National Office in Yangon. Each Diocesan KMSS has its own autonomy and determination but with strong coordination and networking between and among KMSSs on common Vision, Mission, Goal, Strategy, Policy Guidelines and provide technical assistance to each other upon request.

KMSS-Kalay became a separate office since it was entitled as a new Diocese of Kalay on 23rd of May 2010, divided from Hakha Diocese, and become the social arm of Kalay Diocese. KMSS-Kalay covers its social services to two different geographical zones: upland in Chin State and lowland in Sagaing Region. There are three townships covered in Chin State and five Townships covered in Sagaing Region. It is geographically located in the north – western part of Myanmar. Kalay Diocese is bounded by the Diocese of Myitkyina on the north-east, while on the east by Archdiocese of Mandalay and Diocese of Hakha on the south. It is approximately 8585.3sq miles with civil Population of 578,557 and Catholic population is approximately 52,000 in number representing 8% of the total population. About 70% of the total population in Kalay Diocese is Chin ethnic groups under different Christian denominations.

KMSS-Kalay has been constantly rendering its social services to the poor of all mankind (no matter of one’s ethnicity or religion) on the five sectors: Livelihoods, Health/HIV/AIDS, Education, Emergency Response/ Disaster Risk Reduction and Social Protection in pursuit of fulfilling the Diocesan Goal: “Our people transformed into mature, self-reliant, holistically developed local communities in solidarity with the Church”.

The head office is located in Kalay Town and two sub-offices are located in Tedim and Tonzang Towns. There are (33) total staff who are serving the poor and the needy  at KMSS Kalay office and among them (18) staff working at the Head Office in Kalay, (12) staff are working at Tedim Sub-office and the rest (3) are working at Tonzang Sub-office. We conduct monthly coordination meeting and hold annual gathering is at the end of every year. Now we are implementing (10) projects in our organization.