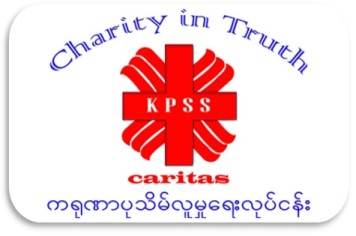 To serve our people, especially the poor, needy and marginalized by empowering them toward integral human development guided by Gospel values and the social teaching of the Church.

Karuna Mission Social Solidarity- Pathein was established in 2001 as a social service organization directly guidance by the Church. KMSS-Pathein is a Charitable Organization of the Catholic Diocese of Pathein situated in Pathein, Ayeyarwaddy Region, Myanmar. It is known also as Caritas Diocesan, which is a social arm of the diocese in the mission of the Church. It is a Faith and Church Based Organization giving social services to the poor and vulnerable people. Its focus geographical area is in Ayeyarwaddy Region, Myanmar. The mission of Karuna Pathein is to provide social services to the vulnerable and poor people in Ayeyarwaddy Region, Myanmar, regardless of race, gender, and religion. Being faith and Catholic Church Based Organization, the leadership role is given to a Church leader who is inspired and guided by the CST (Catholic Social Teachings) and Vatican Documents on Social Teachings. Currently KMSS-Pathein is working in 9 townships and 93 villages.

KMSS-Pathein focuses five-area intervention in her services as social development in the church. 1) Livelihood, 2) Education, 3) Health, 4) Social Protection and 5) Disaster Risk Reduction are the main focus sectors of KMSS-Pathein. Currently, KMSS-Pathein has 45 paid staffs and operating eight projects in the region of Ayeyarwaddy. On the other hands, KMSS Pathein does humanitarian assistant with the best practices for the region by the collaboration with government sectors it is well prepared to response humanitarian works. 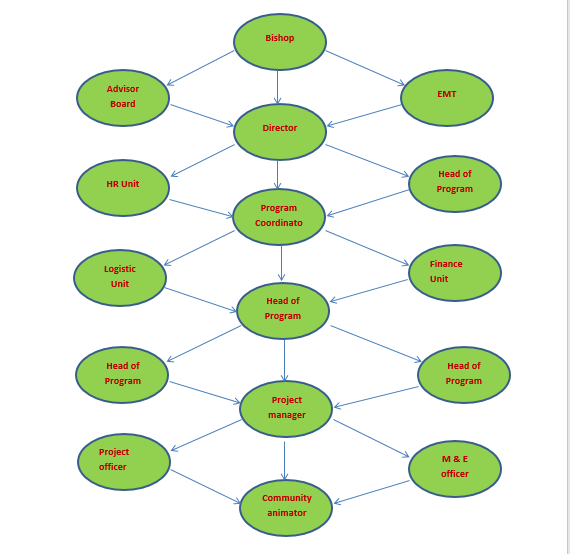